Before and After: The Awakening

Covers are such important things, like I’ve said several times before. Covers need to communicate the essence of the book at a glance, as well as deliver important information such as the title and author. It’s the first advertisement for the book itself, and, although some may say that covers are simply old-fashioned in the age of metadata, it’s still a powerful visual representation of the story within. A picture is worth a thousand words, as they say.

Today, I’d like to highlight a cover swap I did for Samantha Hoffman for her book called The Awakening.

Here’s the cover, and I think you can agree it needs some work. 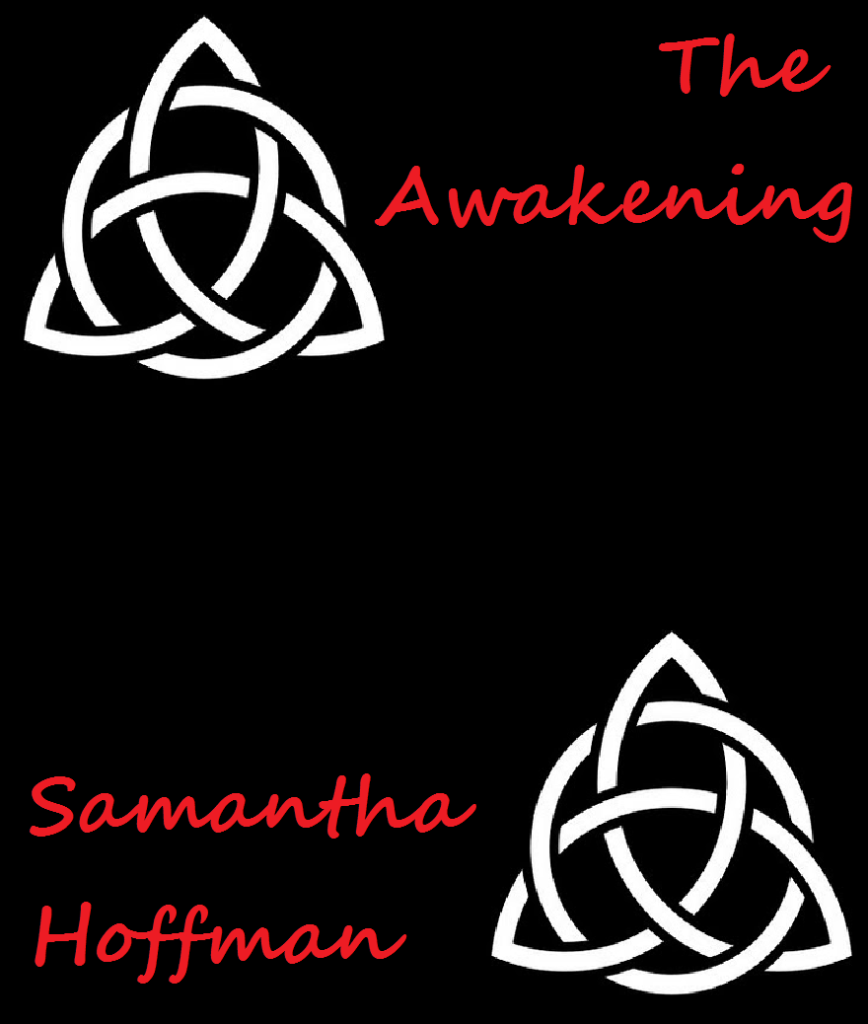 The cover is serviceable in that it does communicate the title and author’s name, but it still has some major flaws. There’s a large chunk of space in the middle that serves no purpose. The layout and text placement doesn’t seem to go anywhere; it almost pulls the sight lines of the cover apart, such that nothing really jumps out at once to the eye of the viewer. The font seems like it was chosen at random.

This is the biggest problem I see with indie book covers, in fact. If there is one piece of advice I could give to any author who’s thinking of self-publishing, it would be this: EVERYTHING has a purpose. The color choice, the font choice, the reason why you put something over here and not over there; it all has a purpose. The purpose is not “because it looks nice/that’s my favorite color”. The purpose is “this tells you something about the book”.

Here’s the cover after I had a chance to rework it:

What you can see here is that I used the same spiral design, but added a metallic filter. I used a different font, one that I thought better suggested the supernatural feel of the story. The placement of each element is not accidental; the eye should be drawn to the center design, and then immediately shifted up to the title by the almost-arrow shape of it. The use of the red cloth behind it is simply to give it texture and depth.

Covers are tricky things, and writers really do need to be mindful of what impression they’re giving of their work. A very basic checklist would go a long way to improving many covers:

Further concerns, like the illustration representing what’s in the book, can come later. This much, at least, will make sure the cover doesn’t repeat most mistakes.