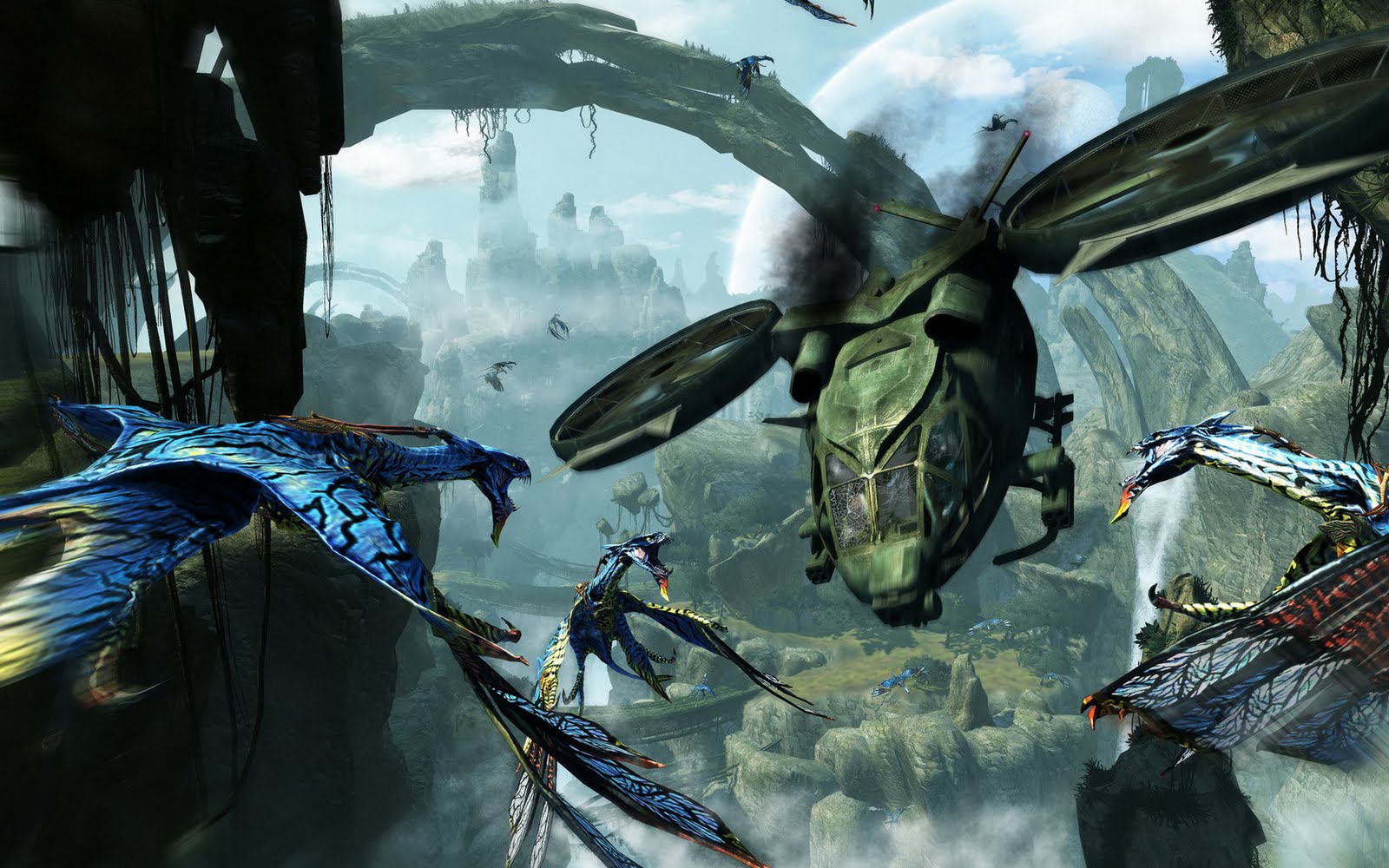 So, Avatar has come out on DVD and BluRay, and smashed all kinds of records for most discs sold and all that. I will freely admit that I simply do not buy DVDs, and I don’t own a BluRay player, so I’m a little baffled by all the excitement. If this follows the same trend as many other big releases, there will be a limited edition version out in time for Christmas with extra content that is supposedly there to encourage you to spend twice the money on the content you already own. I have heard that James Cameron is also planning a 3D version next year, so people will have the chance to pay yet again. Fun times indeed.

Oh well, I say. What people do with their money is entirely their own business, and long may it bring them joy. But, personally, I have no need for another plastic disc cluttering up my home. I saw Avatar in the cinema, in 3D. I experienced the spectacle as it was meant to be experienced, and (unfortunately) it doesn’t have anything else to offer other than spectacle.

The plot is Pocahontas in space, as many other people have said before. I found it quite silly at times. It’s already been ripped to shreds for racism and whatnot elsewhere, so there’s no need to repeat all that here. And the dialogue… oh, the dialogue. If I were being kind, I’d call it ‘unintentionally hilarious’. Characterisation was disjointed, a little unreal. I left the theatre with the firm opinion that James Cameron had poured all the money and effort into the visual effects, and wrote the script himself whenever he had a few minutes to spare.

So, if we strip away the artistry, the beauty of Pandora and her creatures, what then? I have no reason to spend money on a movie where I can’t experience the one exceptional feature of it. Nothing in one’s home can replicate the movie theatre unless one happens to be very, very rich. But the sad fact of it all is that Avatar should have appealed to me, and I should be out buying the DVD right now. I live and breathe in fantastic worlds; Alice in Wonderland, the Belgariad, Dune, World of Warcraft. Pandora should have been no different.

What might have been another playground of the imagination is… nothing. A vague metaphor for the New World with a different skin. A setting hamstrung by lackluster story threads, destined for bad fanfiction at best. It’s like taking the most expensive canvas, the most delicate brushes, the most vivid paints, and handing them over to an amateur to draw stick figures and blobs. I’m sure people will appreciate it, but oh! What might have been!

And for all that, I still don’t begrudge Avatar its success. It deserves it simply for pushing the boundaries of what can be done. I know Hollywood will be chasing the phenomenon of Avatar for years, and out of that effort we are sure to get at least a few well written movies.

It’s shown the world that there isn’t anything beyond the reach of special effects these days. It’s shown the dreamers that the technology exists to make their own fantastic worlds real.

I can’t wait to see them.